Amazon Web Services, Inc. (AWS) is a subsidiary of Amazon providing on-demand cloud computing platforms and APIs to individuals, companies, and governments, on a metered pay-as-you-go basis. These cloud computing web services provide a variety of basic abstract technical infrastructure and distributed computing building blocks and tools. One of these services is Amazon Elastic Compute Cloud (EC2), which allows users to have at their disposal a virtual cluster of computers, available all the time, through the Internet. AWS's virtual computers emulate most of the attributes of a real computer, including hardware central processing units (CPUs) and graphics processing units (GPUs) for processing; local/RAM memory; hard-disk/SSD storage; a choice of operating systems; networking; and pre-loaded application software such as web servers, databases, and customer relationship management (CRM).

The AWS technology is implemented at server farms throughout the world, and maintained by the Amazon subsidiary. Fees are based on a combination of usage (known as a "Pay-as-you-go" model), hardware, operating system, software, or networking features chosen by the subscriber required availability, redundancy, security, and service options. Subscribers can pay for a single virtual AWS computer, a dedicated physical computer, or clusters of either. As part of the subscription agreement,[9] Amazon provides security for subscribers' systems. AWS operates from many global geographical regions including 6 in North America.[10]

Amazon markets AWS to subscribers as a way of obtaining large scale computing capacity more quickly and cheaply than building an actual physical server farm.[11] All services are billed based on usage, but each service measures usage in varying ways. As of 2017, AWS owns 33% of all cloud (IaaS, PaaS) while the next two competitors Microsoft Azure and Google Cloud have 18%, and 9% respectively, according to Synergy Group.[12][13]

Most services are not exposed directly to end users, but instead offer functionality through APIs for developers to use in their applications. Amazon Web Services' offerings are accessed over HTTP, using the REST architectural style and SOAP protocol for older APIs and exclusively JSON for newer ones. 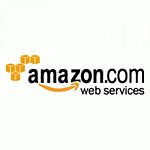 The genesis of AWS was when in the early 2000s, experience with building Merchant.com, Amazon's e-commerce-as-a-service platform for third-party retailers to build their own web-stores, made them pursue service-oriented architecture as a means to scale their engineering operations[17][18][19][20][21][22][23] led by the then CTO, Allan Vermeulen.[24]

Around the same timeframe, Amazon sought out to create "a shared IT platform" so its engineering organizations which were spending 70% of their time on "undifferentiated heavy-lifting" such as IT and infrastructure problems could focus on customer-facing innovation instead.[25] Besides, in dealing with unusual peak traffic patterns especially during the holiday season, migrating services to commodity Linux hardware, and reliance on open source software already had Amazon's Infrastructure team, led by Tom Killalea,[26] Amazon's first CISO,[27] run their data centers and associated services in a "fast, reliable, cheap" way.[26]

In July 2002, Amazon.com Web Services, managed by Colin Bryar,[28] launched its first web services opening up the Amazon.com platform to all developers.[29] Over a hundred applications were built on top of it by 2004.[30] This unexpected developer interest took Amazon by surprise and convinced them that developers were "hungry for more."[25]

By the Summer of 2003, Andy Jassy had taken over Bryar's portfolio[31] at Rick Dalzell's behest, after Vermeulen, who was Bezos' first pick, declined the offer.[24] Jassy subsequently laid down the vision for an "Internet OS"[17][19][21][32] made up of foundational infrastructure primitives that alleviated key impediments to shipping software applications faster.[17][18][19][21][23] By fall 2003,[17][19] databases, storage, and compute were identified as the first set of infrastructure pieces that Amazon should launch.[17][19][25]

Jeff Barr, an early AWS employee, credits Vermeulen, Jassy, Bezos, himself, and a few others for coming up with the idea of what would evolve into EC2, S3, and RDS,[33] whilst Jassy recalls that being a result of brainstorming for about a week with "ten of the best technology minds and ten of the best product management minds" on about ten different Internet applications and the most primitive building blocks required to build them.[21] Werner Vogels puts down Amazon's desire to make the process of "invent, launch, reinvent, relaunch, start over, rinse, repeat" as fast as it could be to have led them to breakdown organizational structures with "two-pizza teams"[c] and application structures with distributed systems;[d] and that these changes ultimately paved way for the formation of AWS[23] and its mission "to expose all of the atomic-level pieces of the Amazon.com platform".[36] According to Brewster Kahle, co-founder of Alexa Internet which was acquired by Amazon in 1999, his start-up's compute infrastructure helped Amazon solve its big data problems and later informed the innovations that underpinned AWS.[37]

Jassy assembled a founding team of 57 employees from a mix of engineering and business backgrounds to kick-start these initiatives,[21][20] with a majority of the hires coming from outside the company;[21] Jeff Lawson, Twilio CEO,[38] Adam Selipsky, Tableau CEO,[39][40] Mikhail Seregine,[41] co-founder at Outschool[citation needed] among them.

In late 2003, the concept for compute,[e] which would later launch as EC2, was reformulated when Chris Pinkham and Benjamin Black presented a paper internally describing a vision for Amazon's retail computing infrastructure that was completely standardized, completely automated, and would rely extensively on web services for services such as storage and would draw on internal work already underway. Near the end of their paper, they mentioned the possibility of selling access to virtual servers as a service, proposing the company could generate revenue from the new infrastructure investment.[43][unreliable source?] Thereafter Pinkham and lead developer Christopher Brown developed the Amazon EC2 service, with a team in Cape Town, South Africa.[44]

On March 14, 2006, Amazon S3 cloud storage launched[46] followed by EC2 in August 2006.[47] Andy Jassy, AWS founder and vice president in 2006, said at the time that Amazon S3 "helps free developers from worrying about where they are going to store data, whether it will be safe and secure, if it will be available when they need it, the costs associated with server maintenance, or whether they have enough storage available. Amazon S3 enables developers to focus on innovating with data, rather than figuring out how to store it."[7] Pi Corporation, a startup Paul Maritz co-founded, was the first beta-user of EC2 outside of Amazon,[21] whilst Microsoft was among EC2's first enterprise customers.[48] Later that year, SmugMug, one of the early AWS adopters, attributed savings of around US$400,000 in storage costs to S3.[49]

In September 2007, AWS announced annual Start-up Challenge, a contest with prizes worth $100,000 for entrepreneurs and software developers based in the US using AWS services such as S3 and EC2 to build their businesses.[50] The first edition saw participation from Justin.tv,[51] which Amazon would later acquire in 2014.[6] Ooyala, an online media company,[52] was the eventual winner.[51]

In November 2010, it was reported that all of Amazon.com's retail sites had migrated to AWS.[53] Prior to 2012, AWS was considered a part of Amazon.com and so its revenue was not delineated in Amazon financial statements. In that year industry watchers for the first time estimated AWS revenue to be over $1.5 billion.[54]

On November 27, 2012, AWS hosted its first major annual conference, re:Invent with focus on AWS' partners and ecosystem,[55] with over 150 sessions.[56] The three-day event was held in Las Vegas because of its relatively cheaper connectivity with locations across the United States and the rest of the World.[57] Andy Jassy and Werner Vogels presented keynotes, with Jeff Bezos joining Vogels for a fireside chat.[58] AWS opened early registrations at US$1099 per head for their customers[56] from over 190 countries.[59] On stage with Andy Jassy at the event which saw around 6000 attendees, Reed Hastings, CEO at Netflix, announced plans to migrate 100% of Netflix's infrastructure to AWS.[58]

In 2014, AWS launched its partner network entitled APN (AWS Partner Network) which is focused on helping AWS-based companies grow and scale the success of their business with close collaboration and best practices.[62][63]

In April 2015, Amazon.com reported AWS was profitable, with sales of $1.57 billion in the first quarter of the year and $265 million of operating income. Founder Jeff Bezos described it as a fast-growing $5 billion business; analysts described it as "surprisingly more profitable than forecast".[66] In October, Amazon.com said in its Q3 earnings report that AWS's operating income was $521 million, with operating margins at 25 percent. AWS's 2015 Q3 revenue was $2.1 billion, a 78% increase from 2014's Q3 revenue of $1.17 billion.[67] 2015 Q4 revenue for the AWS segment increased 69.5% y/y to $2.4 billion with 28.5% operating margin, giving AWS a $9.6 billion run rate. In 2015, Gartner estimated that AWS customers are deploying 10x more infrastructure on AWS than the combined adoption of the next 14 providers.[68]

James Hamilton, who leads AWS' compute, data center, and network design,[69] wrote a retrospective article in 2016 to highlight the ten-year history of the online service from 2006 to 2016. As an early fan and outspoken proponent of the technology, he had joined the AWS engineering team in 2008.[70]

In 2016 Q1, revenue was $2.57 billion with net income of $604 million, a 64% increase over 2015 Q1 that resulted in AWS being more profitable than Amazon's North American retail business for the first time.[71] Jassy was thereafter promoted to CEO of the division.[72] Around the same time, Amazon experienced a 42% rise in stock value as a result of increased earnings, of which AWS contributed 56% to corporate profits.[73]

In August 2019, the U.S. Navy said it moved 72,000 users from six commands to an AWS cloud system as a first step toward pushing all of its data and analytics onto the cloud.[91]

In 2021, DISH Network announced they will develop and launch its 5G network on AWS.[92]

AWS is about to launch 15 more of their availability zones and again separately five more zones in Australia, India, Indonesia, Spain, and Switzerland.[10]

Each region is wholly contained within a single country and all of its data and services stay within the designated region.[9] Each region has multiple "Availability Zones",[102] which consist of one or more discrete data centers, each with redundant power, networking and connectivity, housed in separate facilities. Availability Zones do not automatically provide additional scalability or redundancy within a region, since they are intentionally isolated from each other to prevent outages from spreading between Zones. Several services can operate across Availability Zones (e.g., S3, DynamoDB) while others can be configured to replicate across Zones to spread demand and avoid downtime from failures.

As of December 2014, Amazon Web Services operated an estimated 1.4 million servers across 28 availability zones.[103] The global network of AWS Edge locations consists of 54 points of presence worldwide, including locations in the United States, Europe, Asia, Australia, and South America.[104] 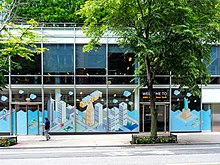 AWS also has "pop-up lofts" in different locations around the world.[109] These market AWS to entrepreneurs and startups in different tech industries in a physical location. Visitors can work or relax inside the loft, or learn more about what they can do with AWS. In June 2014, AWS opened their first temporary pop-up loft in San Francisco.[110] In May 2015 they expanded to New York City,[111][112] and in September 2015 expanded to Berlin.[113] AWS opened their fourth location, in Tel Aviv from March 1, 2016, to March 22, 2016.[114] A pop-up loft was open in London from September 10 to October 29, 2015.[115] The pop-up lofts in New York[116] and San Francisco[117] are indefinitely closed due to the COVID-19 pandemic while Tokyo has remained open in a limited capacity.[118]

In 2017, AWS launched AWS re/Start in the United Kingdom to help young adults and military veterans retrain in technology-related skills. In partnership with the Prince's Trust and the Ministry of Defence (MoD), AWS will help to provide re-training opportunities for young people from disadvantaged backgrounds and former military personnel. AWS is working alongside a number of partner companies including Cloudreach, Sage Group, EDF Energy and Tesco Bank.[119]

US Department of Homeland Security has employed the software ATLAS, which run on Amazon Cloud. It scanned more than 16.5 million of records of naturalized Americans and flagged approximately 124.000 of them for manual analysis and review by USCIS officers regarding denaturalization.[121][122] Some of the scanned data came from Terrorist Screening Database and National Crime Information Center. The algorithm and the criteria for the algorithm were secret. Amazon faced protests from its own employees and activists for the anti-migrant collaboration with authorities.[123]